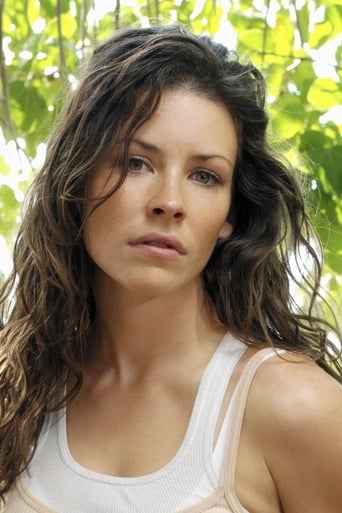 Biography:Nicole Evangeline Lilly (born 3 August 1979) is a Canadian actress and author. She gained popular acclaim for her first leading role as Kate Austen in the ABC series Lost (2004–2010), which garnered her a nomination for the Golden Globe Award for Best Actress in a Drama Series and won her a Screen Actors Guild Award. In 2008, Lilly starred as Connie James in the Academy Award-winning war film The Hurt Locker (2008) and followed it with a role in the science fiction film Real Steel (2011). Lilly starred as Tauriel in The Hobbit film series, appearing in The Desolation of Smaug (2013) and The Battle of the Five Armies (2014). Since 2015, she has portrayed Hope van Dyne / Wasp in the Marvel Cinematic Universe, starring in Ant-Man (2015), Ant-Man and the Wasp (2018) and Avengers: Endgame (2019). Description above is from the Wikipedia article Evangeline Lilly, licensed under CC-BY-SA, full list of contributors on Wikipedia.