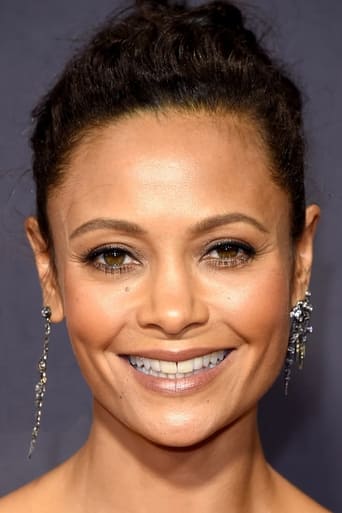 Biography:Melanie Thandiwe Newton OBE (/tænˈdiːweɪ/ tan-DEE-way; born 6 November 1972) is an English actress. Newton has received various awards, including a Primetime Emmy Award and a British Academy Film Award, in addition to nominations for two Golden Globe Awards. She was appointed Officer of the Order of the British Empire (OBE) in the 2019 New Year Honours for services to film and to charity. Newton is known for starring roles such as the title character in Beloved (1998), Nyah Nordoff-Hall in Mission: Impossible 2 (2000), Tiffany in Shade (2003), Dame Vaako in The Chronicles of Riddick (2004), Christine in Crash (2004), for which she received a BAFTA Award for Best Actress in a Supporting Role, Linda in The Pursuit of Happyness (2006), Libby in Run Fatboy Run (2007), Stella in RockNRolla (2008), Condoleezza Rice in W. (2008), Laura Wilson in 2012 (2009), Tangie Adrose in For Colored Girls (2010), and Val in Solo: A Star Wars Story (2018). Since 2016, Newton has played the sentient android, the madam Maeve Millay, in the HBO science fiction-western series Westworld, for which she received a Primetime Emmy Award for Outstanding Supporting Actress in a Drama Series and two Critics Choice Awards, as well as nominations for a Golden Globe Award, Saturn Award, and Screen Actors Guild Award. In 2017, she portrayed DCI Roz Huntley in the BBC drama series Line of Duty, which earned her a nomination for the British Academy Television Award for Best Actress. In April 2021, Newton, having been widely known as Thandie Newton for 30 years because of a misspelling of her first name in the credits of her first film, announced she was finally correcting this and would henceforth be known and credited as Thandiwe Newton, her real name, beginning with Reminiscence (2021).